As it stands, the humor book genre is ill-defined. Go into the humor section of a book store (or browse Amazon) and you are likely to find joke books beside books written by comedians next to humorous works of fiction. For some reason (Perhaps a lack of demand, perhaps the inevitable confusion caused by similar terminology) the genre has resisted stratification. Until now. The list below represents an attempt to define the various subgenres that traditionally fall under the humor umbrella.

General Humor Books
Typically, humor books are those designed around a central humorous concept, such as joke books. Modern examples include F is for Fail by Richard Benson, in which the humor derives from comments written by students and their teachers on various assignments, Letters from a Nut by Ted L. Nancy in which the Nancy author/character writes hilarious letters to companies and publishes their responses, and The Internet is a Playground: Irreverent Correspondences of an Evil Online Genius by David Thorne.

Books About Humor
These are (you guessed it) books about comedy and comedy writing. Great books in this subgenre include Poking a Dead Frog: Conversations with Today's Top Comedy Writers by Mike Sacks, Live From New York: The Complete, Uncensored History of Saturday Night Live as Told by Its Stars, Writers and Guests by James Andrew Miller and Tom Shales, and Sick in the Head: Conversations About Life in Comedy by Judd Apatow.

Books by Comedians
This one is also pretty obvious. Books in this category were written by professional comedians. Examples include Dad is Fat by Jim Gafigan. The Bedwetter: Stories of Courage, Redemption, and Pee by Sarah Silverman, The Girl with the Lower Back Tattoo by Amy Schumer. Bossy Pants by Tina Fey. Why Not Me? by Mindy Kaling, Yes Please by Amy Poehler, and Born Standing Up by Steve Martin.

Funny Essays or Memoirs:
Another obvious one. These writers employ their comedic talents while telling their life stories. Me Talk Pretty One Day by David Sedaris, Running with Scissors by Augusten Burroughs, and Let's Pretend This Never Happened by Jenny Lawson.

Humorous Novels:
These are serious novels that also happen to be very funny. Confederacy of Dunces by John Kennedy Toole, The Hitchhiker's Guide to the Galaxy series by Douglas Adams, The Princess Bride by William Goldman. Classic examples include the books of PG Wodehouse and Three Men in a Boat by Jerome K. Jerome.

Comedic Fiction:
Here's where it gets a little tricky. In these books, humor supersedes story. John Swartzwelder's The Time Machine Did It isn't likely to satisfy fans of mystery or science fiction, but diehard fans of The Simpsons will love it. Jack Handey's The Stench of Honolulu is another great example.

Did I leave out a category? Let me know in the comments, and feel free to recommend your favorite funny books.

Christamar Varicella is the author of the collection of book parodies, There Are Sneetches in my Breeches. He is also the founder of an Amazon affiliate store devoted to humor books.
at September 04, 2016 No comments:

Get Some Free Sneetches For Your Breeches! 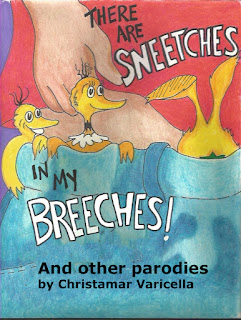 There Are Sneetches In My Breeches And Other Parodies will be FREE for download August 27-29, 2016 at Amazon.com. Be sure to download a copy of the book that parodies books and writers from JK Rowling to Ayn Rand. If it makes you laugh, be sure to leave a review on Amazon and Goodreads. Enjoy this very silly book, and thanks for your support!
at August 25, 2016 No comments:

INTERVIEWER: What inspired you to write Dinosaur Ghost?
VARICELLA: Liberal rage.
INTERVIEWER: I knew it!
VARICELLA: It's true. I wanted to take my frustration with republican party nonsense and transform it into something wicked and funny. I found the experience cathartic.
INTERVIEWER: Aren't you worried about alienating half your audience?
VARICELLA: No, I was operating under the assumption that republicans don't read.
INTERVIEWER: So you don't fear a conservative backlash?
VARICELLA: As Donald Trump says, all publicity is good publicity.
INTERVIEWER: But you don't actually want to see republicans eaten by dinosaurs, do you?
VARICELLA: Of course not. Some of my closest friends and family members are conservatives. Please remember, no republicans were harmed in the making of this book.
INTERVIEWER: I'll try to remember that.
VARICELLA: Good.
INTERVIEWER: Dinosaur Ghost marks the second time you've written a novella in which a person has sex with a dinosaur. (The other being the romance parody, The Oiliest Secret.) What's up with that?
VARICELLA: I'm pretty sure I invented dinosaur erotica.
INTERVIEWER: Neither story is very erotic.
VARICELLA: Oh, then never mind.
INTERVIEWER: So, why did you do it?
VARICELLA: I wrote both books at the same time--alternating chapters--and they ended up merging into one book with that scene as the climax. I eventually separated the two stories and made a few changes, but that aspect remained.
INTERVIEWER: Any plans to continue exploring that theme in the future?
VARICELLA: Nope. I think it's all out of my system.
INTERVIEWER: So what are you working on now?
VARICELLA: I always have several projects in the works. I'm about to publish three horror stories as an eBook under the title Split. I'm also working on a humorous novel about a southerner who is brought back from the dead by a deranged medical school dropout. It's called Frankenbubba. Another is a mainstream novel called Blood Cries.
INTERVIEWER: Thanks for talking with me.
VARICELLA: My pleasure 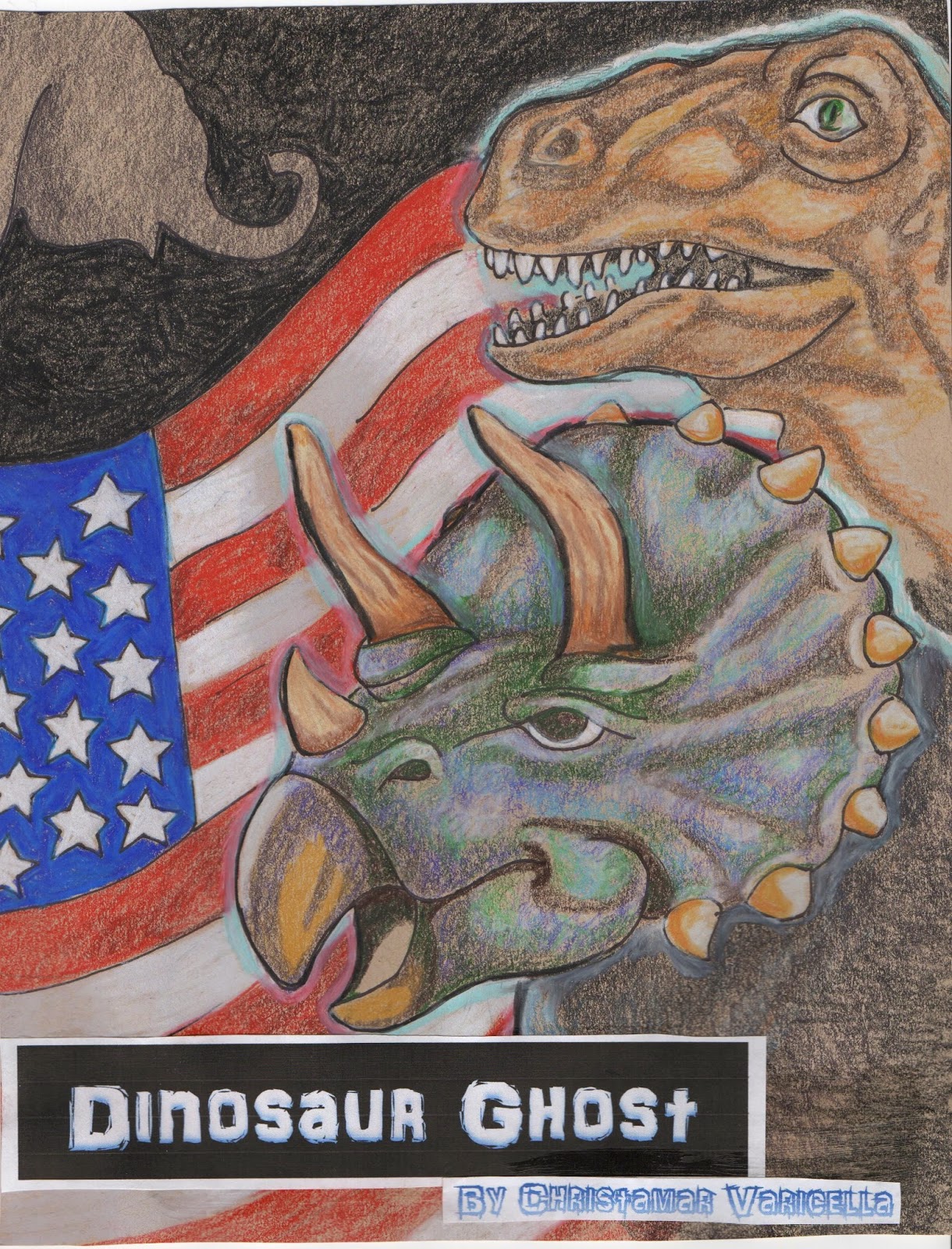 An updated of version of Dinosaur Ghost is now available as a free download at smashwords.com or for 99 cents at amazon.com. Here's the description:

Dinosaurs Ghost answers the age-old question, "What would happen if dinosaurs came back from extinction and started eating republicans?" Only in this short, humorous romp can one bear witness to rampaging dinosaur ghosts as they visit a creationist museum, disrupt a gun rally, crash CPAC, eat the right wing of the Supreme Court, and come face to face with Donald J. Trump.

The satirical novella parodies the science fiction/horror genre while simultaneously skewering republican politics, and it is the only book ever written willing to tell the truth about what really killed the dinosaurs. Spoiler Alert: It was gay marriage!

Please download a copy. If you think it's funny, I would love it if you left a review at Smashwords, Amazon, and Goodreads.

Some material is not appropriate for children.
at July 26, 2016 No comments:

New Release - Split: Book 1 of The Others series